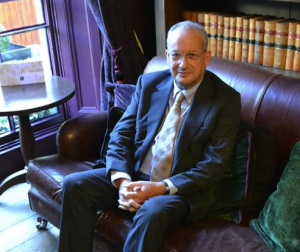 “What do you think the role of the Chancellor should involve?

I don’t think you want to overstate what the role of the Chancellor is. It is in some ways quite a ceremonial role, to represent the university on important occasions. But I think the role of the Chancellor is very much to champion the University in the political world and society at large, and that would be something I would very much look forward to. To do that you must share the values of the University and believe that universities are important institutions in our society. You couldn’t do the job if you don’t think that arts and humanities are important, or the values of scientific research.”

Read Varsity: The clash of the greengrocers