“The university has never needed a champion to fight its corner as much as it does now. I am growing tired of people minimising the importance of the university’s role, not just in education but in generating major revenue for the UK and encouraging top talent to Britain from other countries. 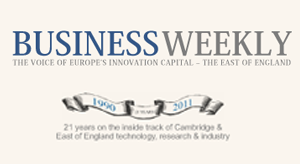 “The Science & Technology track record of Cambridge University is not some trivial side issue. It is absolutely fundamental to how the UK performs in world markets.

“I spent eight years in government fighting for Science & Technology and Cambridge is world-class in this regard. Much of that is due to the efforts of the university. Silicon Valley promotes itself very well as a world-leader in research but Cambridge holds its own regardless of scale.

“That is something to be proud of and someone has to stand up and shout about it. After a prolonged bout of campaigning in Cambridge I have a much clearer view of what the Chancellor can do to champion the University at home and abroad.