THE: ‘Discontinue impact line or good science will count cost’

David Sainsbury was interviewed by the Times Higher Education supplement:

“The government is making a serious error in pursuing the impact element of the research excellence framework and risks a resulting “misallocation” of science funding, a former Labour science minister has warned. 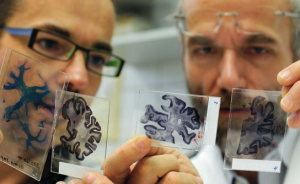 Lord Sainsbury of Turville, who this weekend bids to become the next chancellor of the University of Cambridge, said that to emphasise impact was “totally to misunderstand” the point of basic research.

In an interview with Times Higher Education ahead of the election for chancellor, which takes place on 14 and 15 October, he said: “I think (the coalition is) making a mistake – which I have to say tended to be made by the Labour Party – which is to think the way you get innovation is (by) putting a heavy emphasis on impact. This is totally to misunderstand what you should be doing.”

The peer said it made no sense to ask people doing basic research to say exactly what the impact of their work would be “because usually you don’t know”.

Lord Sainsbury cited the example of neuroscience funding being cut while investment in ageing research was increased. In his opinion, the former was more likely to pioneer breakthroughs in tackling illnesses such as Alzheimer’s disease.